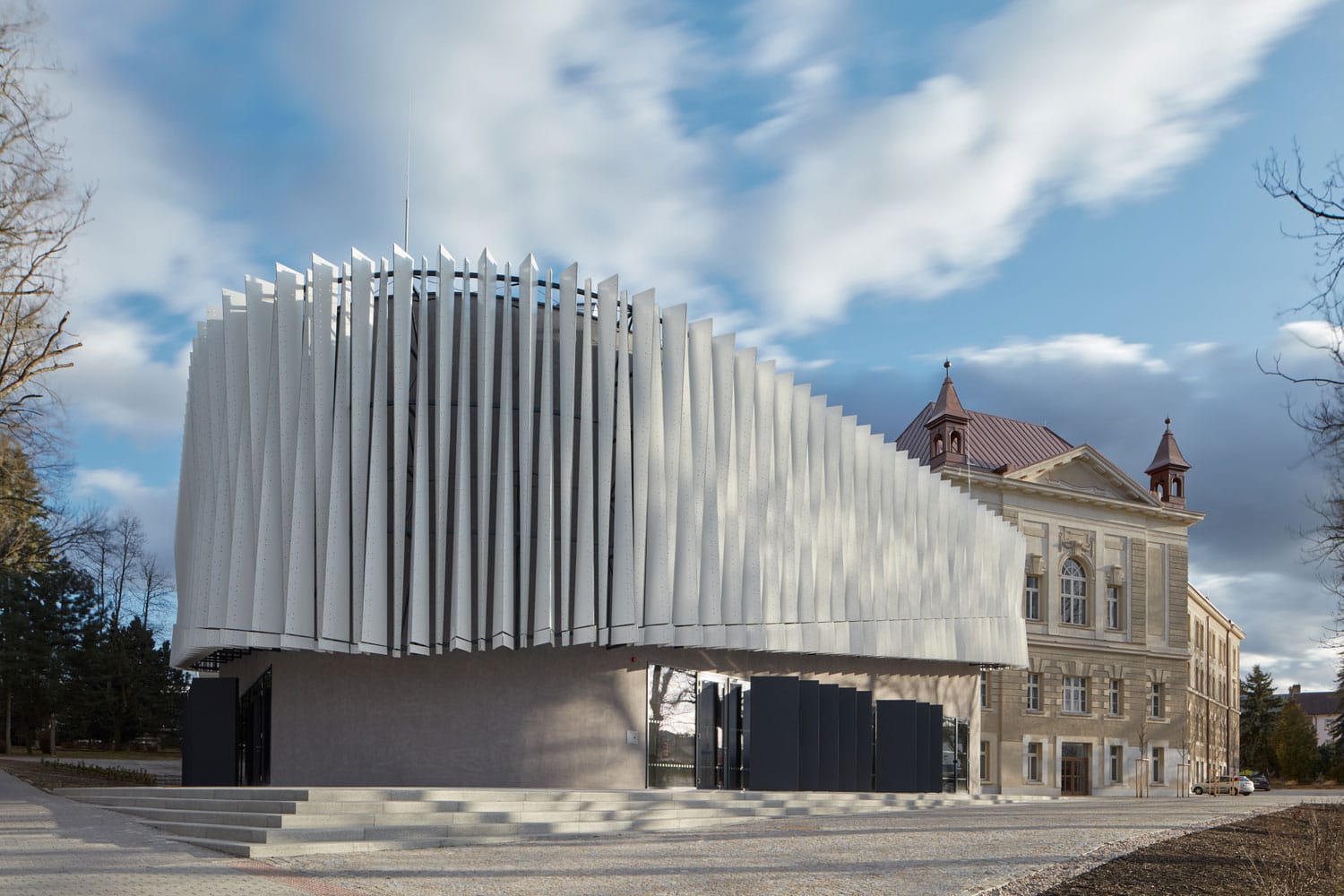 The wing reconstruction area and the new lecture room VŠPJ (College of Polytechnics) is a modern concept of rapidly developing education center located in northeastern corner of the lot, which was originally perceived as a farmyard. The place of the new building is strictly symmetrical, markedly triangular, thus for a construction seemingly disadvantageous. The authors from the studio Qarta architektura changed the disadvantage to an advantage by using the shape and by a link up to the existing block they gained compact space for a large…